Dividends are not something that is common to come by in the cannabis industry. But, this does not mean that they don’t exist amongst marijuana stocks. There are some interesting marijuana stocks to watch that offer dividends in addition to high-quality business models and forward-thinking. It is worth mentioning that dividends do not equal profit on their own. Investors should consider a company’s financials and future goals in order to determine whether or not it is a marijuana stock to watch. And with only a handful of dividend-paying pot stocks, it shouldn’t be too difficult to narrow down the list.

For those who don’t know, dividends are essentially payments made to investors from the company that they are investing in. If a company is posting profits, oftentimes they will pay those profits back to investors in the form of dividends. Dividends mostly apply to mutual funds or ETFs, but in the cannabis industry, there are some companies that pay dividends, that are not listed as funds. Dividends are usually paid out based on how many shares an investor owns of a given company. Because of this, the more shares that one owns, the more dividends they will see. The importance here and as always is the underlying business model. If a company is not successful, it will not pay dividends.

Innovative Industrial Properties Inc. (IIPR Stock Report) is one of the most popular cannabis stocks, and one of the most popular dividend-paying stocks in general. The company is currently yielding a very healthy 5% which is more than most others in the same category. Since May of 2017, the company has managed to pay a dividend every quarter. This is quite unheard of as most companies tend to move through ebbs and flows of cash flow. But, as a REIT, the company has managed to find quite a large amount of success in the cannabis industry.

In December of last year, the company was paying dividends totaling around $1 per share. This number represents an almost 30% increase over the same period of the prior year. But, what makes the company so interesting is its business model. IIPR has continued to see massive amounts of growth as the cannabis industry pushes on. In only a few years, it has managed to become one of, if not the, most popular REIT pot stock. For this reason and others, it remains one of the more intriguing marijuana stocks to watch.

Altria Group Inc. (MO Stock Report) is only a cannabis stock by virtue of a large investment into one of the largest companies in the industry. The company for those who don’t know is the producer of Marlboro cigarettes. Back in the day, it invested more than $2.4 billion into Cronos Group Inc. (NASDAQ:CRON). This was and remains one of the largest investments into the cannabis market in the history of the industry. The company is currently paying a dividend of around 8% which is very healthy. 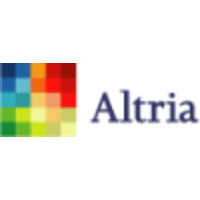 In addition, this number ends up being around $3.30 per share on an annualized basis. Because the company does not have the same exposure to the cannabis industry as pure-play pot stocks, it is known to be less volatile than most other cannabis stocks. The only issue here remains that some investors would not like to invest in a tobacco company given the obvious ethical doubts. But, if this is something one is okay with, then Altria remains a very solid marijuana stock to watch.