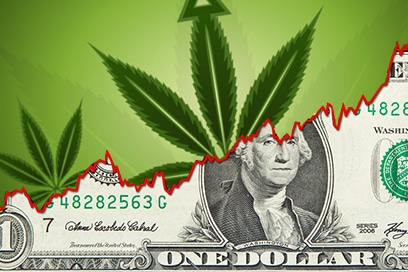 The crazy thing about cannabis is that it’s still such a young industry and really anything can happen. Case in point, earlier this summer one company said they wouldn’t be profitable for years; that pushed stocks lower. BUT when everyone was in the dumps, here comes Aphria who just became the first major Canadian MJ company to report a net profit.

To say the marijuana stock news could be a catalyst may be an understatement so we’ll be watching things closely this morning. In addition to that, we’ve got fresh content for you to check out before the opening bell! Click the link below to read today’s update to see more:

As the pot stock market continues to grow, the options remain unlimited for where to begin investing in cannabis stocks. Which marijuana stocks are investors watching for August?

This New Marijuana Trend Could Signal Big Opportunity For One Company

Coming off the success seen in the state of Washington, one company has identified its key target states to focus operations. This includes California, a massive market for sales forecasted to hit $7.7 billion by 2022 by ArcView Market Research and BDS Analytics, as well as the states of Colorado, Massachusetts, and Nevada.

Aphria Inc. (“Aphria” or the “Company“) (TSX: APHA and NYSE: APHA) today reported its results for the fourth quarter and fiscal year ended May 31, 2019 . All amounts are expressed in thousands of Canadian dollars, unless otherwise noted and except for per gram, kilogram, kilogram equivalents, and per share amounts.