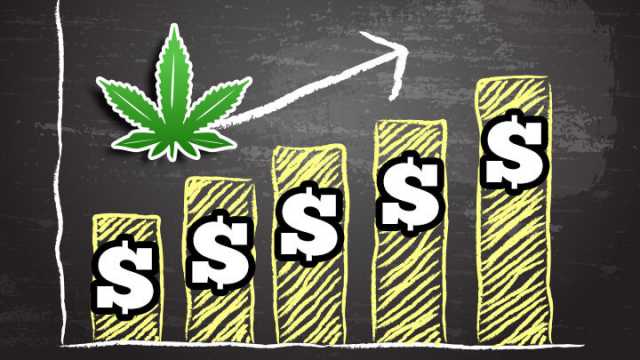 Cronos Group Inc. is a marijuana stock that operates as a diversified and vertically integrated cannabis company. This marijuana stock saw a rise in the shares by 12% since the beginning of June. This pot stock offers production and distribution platforms of medical marijuana, as well as cultivation of cannabis oil. The shares of this cannabis stock recently saw a sudden upswing in the market. The rise in the share value is accredited to both the broader market and the company’s main peers. The Cronos Group completely swayed over its rivals Canopy Growth, Aurora Cannabis and Aphria (APHA). Is This Marijuana Stock a Contender

Is This Marijuana Stock Back on The Rise

After investors saw this was a good marijuana stock to buy, the share started to soar. Cronos Group quickly became the subject of scorn. It was also labeled as “the most overvalued pot stock”. So understanding what happened that the shares of this pot stock saw an upswing is important. This cannabis stock’s performance in comparison to most of its peers can be attributed to the Wall Street action. Recently, Bank of America Merrill Lynch analyst Christopher Carey upgraded Cronos from a sell to a buy.

An additional reason for the increase could from a statement made by the CEO of the company Mike Gorenstein. The announcement was made at an event hosted by the Consumer Analyst Group of New York (CAGNY). He said that Cronos would “move aggressively into the U.S. hemp CBD market and indicated that action would be taken in the relatively near future”.

Will This Marijuana Stock Be A Buy Or a Sell

This is all that was needed to be heard by Bank of America’s Christopher Carey to change his tune on Cronos stock. Carey wrote to investors that Cronos entering the U.S. hemp CBD market would be a major catalyst for the stock. Thus, investors will probably soon be hearing more about Cronos’ plans to enter the hemp-derived CBD market in the United States.

The success of the Cronos Group is maintained by its big partner Altria. Altria who invested around $1.8 billion in Cronos in exchange for a 45% stake in the company. With, this big influx of cash the company would be able to execute its plans of expansion in the U.S. There is a high possibility that the company could heavily leverage its connection with Altria to launch hemp CBD products in the U.S. The long-term prospects for the company still appear to be quite good and it could be set to be a major player in the U.S. hemp market and the global cannabis market.