The past month or so has been extremely instrumental in surmounting large quantities of growth for the marijuana industry. In that time, we have seen companies move toward the large production of cannabis, but other subs sectors have begun to pop up as well. The introduction of the Farm Bill in the U.S. has also drastically shaped the cannabis industry, allowing the production of industrial hemp to produce CBD and other products made from such. Many companies have capitalized on this, but it seems as though we are well on the way to a marijuana-fueled future for all.

AgraFlora Organics (AGRA) (PUFXF) is a diversified cannabis company working on producing the substance for sale in international markets as well as domestically in Canada. The company has a joint venture partner known as Propagation Service Canada, which holds a 2.2 million square foot facility in Delta, BC. In addition to this, they have helped to continue their successful track record of producing shareholder value while moving after other goals as well.

Recently, the company announced that they have applied to a license to begin the production and development of industrial hemp products to make proprietary CBD products. The company stated that they have applied with Health Canada under the Industrial Hemp Regulations of the Cannabis Act in the nation. With this license, it seems as though they will be able to pursue various new projects such as Seedling development, cultivar experimentation, and specialized fibre production.

Brandon Boddy, CEO of AgraFlora Organics stated that “We are thrilled to gain additional exposure to the burgeoning hemp and CBD marketplaces. The cultivation of hemp is a natural accompaniment to our overall cannabis strategy, which will bring material synergies to our existing cultivation operations. By way of our existing cultivation infrastructure at the Delta Greenhouse Complex, we will continue to leverage the vast skillset of the Houwelings Group.”

The company has a vast portfolio of hemp-focused brands that they have been working to achieve success with. With a large amount of R and D going on, it looks like they have maintained their spot at the top of the industry. With this license, they should be able to move deeper into the industrial hemp market within Canada. All in all, AgraFlora Organics remains one of the key companies in the marijuana industry in Canada.

Charlotte’s Web Holdings (NASDAQOTH:CWBHF) is another company working out of the hemp industry. The company is in production of hemp oil and hemp-derived cannabinoids. The company has seen some bearish sentiment over the past month or so, but this does appear to be a short term prospect.

Charlotte’s Web Holdings is one of the key companies working in the health side of the market and has since been able to produce a wide variety of groundbreaking products for sale on the open industry. The company also looks like their pricing may be quite enticing for some investors looking for value in the cannabis market. Charlotte’s Web Holdings continues to show why so many investors believe in their future potential. 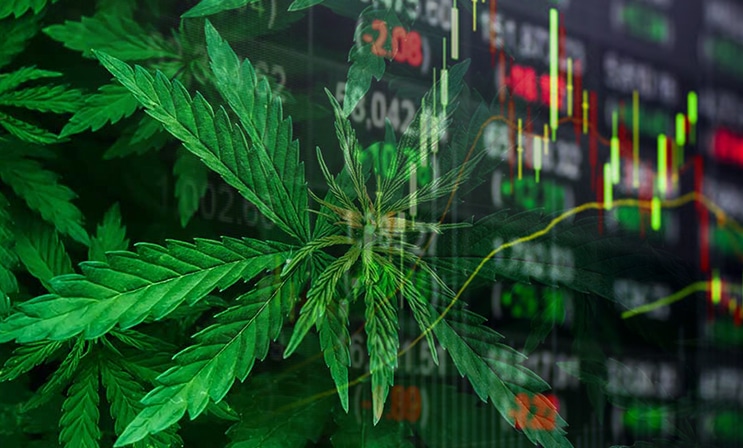